A CITY THAT KNOWS HOW TO HAVE FUN

Fair Oaks in Sacramento County, California, United States. It is part of the Sacramento–Arden-Arcade–Roseville Metropolitan Statistical Area. The population was 30,912 at the 2010 census, up from 28,008 at the 2000 census. The Fair Oaks zip code is 95628 and its area code is 916. Fair Oaks is bounded on the south side by the American River, and Rancho Cordova, on the north side by the city of Citrus Heights, on the west side by Carmichael, and the east side by Orangevale and Folsom. Fair Oaks has a mix of suburban and semi-rural neighborhoods.

Chickens running free in Fair Oaks village. There are over 200 chickens in the area.
The town center of Fair Oaks is called Old Fair Oaks Village, which is located approximately a half-mile away from the American River Parkway. The Veterans Memorial Amphitheatre is located in this part of town. Events that take place here include the Fair Oaks Theater Festival, the Fair Oaks Fiesta and Car Show, and the annual Fair Oaks Chicken Festival each September.

The town center also houses the Fair Oaks History Center, which contains the history of the founding and development of Fair Oaks including displays featuring pictures and artifacts dating from the early 1900s, as well as a small collection of early Maidu Indian artifacts.

The community began as part of the 1844 Rancho San Juan Mexican land grant. In 1895, Brevet Brigadier General Charles Henry Howard and James W. Wilson of the Howard-Wilson Publishing Company of Chicago acquired rights to present Fair Oaks community, then primarily covered by citrus farms, from California Senator Frederick K. Cox and businessman Crawford W. Clarke. The Howard-Wilson company surveyed and mapped the land and began to promote Fair Oaks as one of their “Sunset Colonies.” The Howard-Wilson company advertised Fair Oaks as an innovative and growing citrus colony after destructive freezes in Southern California and Florida and a national depression hitting in 1893. Many of the purchasers were professionals and other friends of the investors and the Fair Oaks community was initially composed primarily of businessmen and other professionals, including bankers and engineers.

Use this form to sign up for properties off market and coming soon. We will also email you all new listings as they come to market. You will be the first to know. 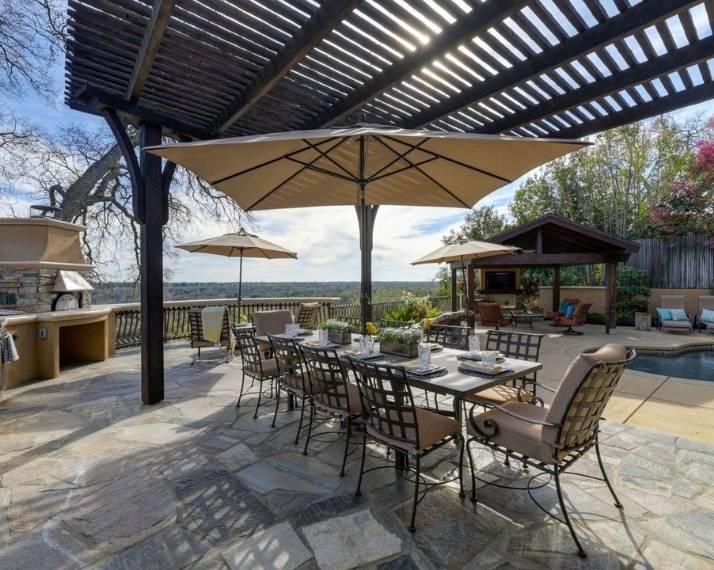 Every home has a story. It’s our job to tell the story.  Each is unique in its own way, stories shared from the homeowners about how one might enjoy living, playing, working, and relaxing in your home. A detailed description of the home, the neighborhood in which it resides, and information about the local community. Our process starts with your story…

We all have dreams, and they are as vast and varied as the world is wide. But they all start with inspiration, and inspiration starts with our surroundings. That’s what home is. Family. Friends. A sense of place. An amazing view. It is all part of what makes a space a home because your home is where you truly LIVE. As a leading luxury real estate brand, Sotheby’s International Realty understand that your best life begins with a home that inspires you.

What You Can Expect:

Every Home has a Story… “We would like to be there to tell it with our words and our marketing. We tell your home’s story to captivate potential buyers by sharing special moments and unique features that each property has, allowing them to envision themselves in the home.”

“People have forgotten how to tell a story. Stories don’t have a middle or an end anymore, they usually have a beginning that never stops beginning”

Your home has a unique story to tell, and Kathi Jobson partnered with Nick Sadek, Sotheby’s International Realty offers the opportunity for clients to share this narrative through the media. Our experienced public relations and communications team leverages strategic media relationships for local, national, and international exposure of our most significant properties. Notable listings take center stage in an array of revered publications, capturing a wide audience.

Just a simple expression, a dip in the pool, a stroll through the acreage, movie night from the in-home theatre, a chef’s party from the gourmet kitchen, or a wine tasting from the cellar are stories to be told.

Every Home Has A Story,
We Would Love To Tell Yours...

They are as vast and varied as the world is wide. But they all start with inspiration, and inspiration starts with our surroundings. That’s what home is. Family. Friends. A sense of place. An amazing view. It is all part of what makes a space a home because your home is where you truly live. As a leading real estate agent, I understand that your best life begins with a home that inspires you.

Our Brand Story Series, divided into Parts I, II and III, shows how the Sotheby’s International Realty® brand flourished to become a global powerhouse: From London to New York City, to the world. From rare antiques to cutting edge technology. From precious items to an influential voice in home living and cultural expression.

Over 24,000 Agents Worldwide in over 70+ countries and territories you can be assured your home will be seen around the world.

When your home is represented by the Sotheby's International Realty® brand it benefits from the worldwide recognition and prestige of the Sotheby's name and gains exclusive access to highly qualified global clientele.

Check our reviews. Our client's love us. We put in the work, and always put you first. Trust, integrity, honesty and passion!

If you live here already, you know how blessed we are. If you’re considering living or investing here, you’ve probably experienced some of the area’s extraordinary possibilities: country settings and small-town communities; enthralling agricultural beauty, and true farm to fork lifestyle, If Northern California is your real estate destination, you’ve arrived at the right spot. Whether you’re looking to buy your first home – or to sell an estate – expect nothing less from us than a Meritage blend of real estate expertise, professional service, creativity, and a passion for achieving your goals.

What My Beautiful Happy Clients Say

Working with Kathi and Nick was a real pleasure. In a very difficult environment (Covid-19), with a lot of restrictions in terms of real estate visits, Kathi found the right buyer, and led a difficult negotiation with a lot of experience and insight. We had already moved hundreds of miles away and she went above and beyond to take care of all the big and small things that needed to be taken care of (like organizing to safely remove a bee hive and saving the bees, to ordering the pick up of a pile of garbage that needed to be removed from the property, or organizing minor repairs to enhance the property value). We moved many times as a family, and this is by far the best real estate experience we have had. I would recommend Kathi and Nick to any buyer or seller in the Sacramento region. They know the market better than most and deliver a very high level of service.
Francois LacombeSeller
Kathi is the consummate professional who is also a joy with whom to work. We fell in love with a place just before offers were being considered. Thanks to her expertise and her thoughtful attention to how much we wanted to buy our new home, she turned our hope into an offer within a razor thin timetable. Our offer was accepted - always the beginning. Thanks to Kathi, the rest of the process went smoothly and we're in our new home and couldn't be happier. Thank you Kathi!
Alan AndersonBuyer
Kathi was absolutely amazing. Our initial meeting was very last minute and she went out of her way to set up several showings for us to see on a tight schedule. Luckily we fell in love with one of them, and from the get go she was on top of it. It was an unusual and drawn out process from our first offer, to closing, but Kathi was in constant contact with us and the seller’s agent. She was extremely communicative and helpful in navigating us through the process. I don’t think we would have gotten the house if it wasn’t for Kathi. So thankful for her!
Jennifer TrudgeonBuyer
Kathi is a great realtor. She is honest and has depth in knowledge about the real estate market. She is very patient and always ready to work with client. I highly recommend her.

Response: from the owner6 months ago Thank you so much Upendra for the wonderful endorsement. Working with and helping your beautiful family find the perfect home was special. Truly a pleasure and getting to know you and Sweta was the best part. I'm always here to help with any real estate needs.
Upendra KaphleBuyer
Kathi is great to work with; I would highly recommend her without hesitation. She’s affable, professional, efficient, effective, and has a great network for anything you might need during the buying/selling process.
Joseph McLellanBuyer/Seller
Previous
Next

Become an Insider and gain access to off-market opportunities

Connecting with thousands of real estate practitioners around the globe affords us lots of off-market opportunities. There is no fee to become and insider. Just use the form to the right and sign up. 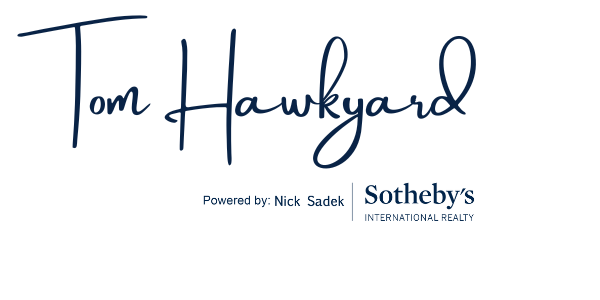 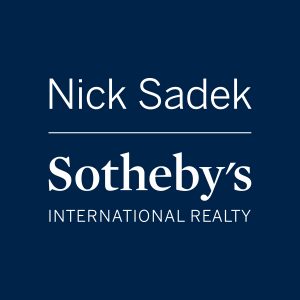 Home... Where your story begins. 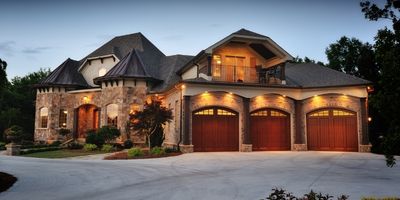 Find homes in these popular destinations

Explore some of the most sought after international destinations for luxury real estate in the world. Our global network provides unrivaled access to distinctive properties in the finest locations worldwide, offering you a wide selection of architecture and lifestyle choices.